Income Tax services constitute the basic source of revenue to the government. Revenue so raised is utilized for meeting the expenses of govt. like defense, provision of education, healthcare, dams etcconstitution of India gives the power to levy and collect taxes, whether direct or indirect, to the central and state government income-tax is the most significant direct tax.

Income Tax services is to be computed in accordance with the provisions governing a particular head of income. There are certain incomes which are wholly exempt from income-tax.e.g. agricultural income. These incomes have to be excluded and will not form part of Gross Total Income. Also, some incomes are partially exempt from income-tax e.g. House Rent Allowance, Education Allowance. These incomes are excluded only to the extent of the limits specified in the Act. The balance income over and above the prescribed exemption limits would enter computation of total income and have to be classified under the relevant head of income. 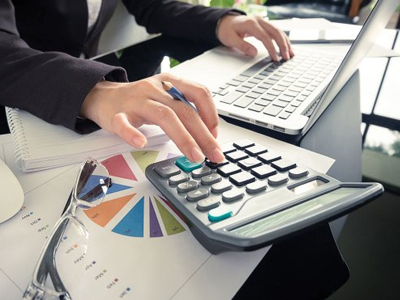 There are deductions and allowances prescribed under each head of income. For example, while calculating income from house property, municipal taxes and interest on loan are allowed as deduction

An assessee may have different sources of income under the same head of income. He may have profit from one source and loss from the other. For instance, an assessee may have profit from his textile business and loss from his printing business.This loss can be set-off against the profits of textile business to arrive at the net income chargeable under the head "Profits and gains of business or profession". Similarly, an assessee can have loss under one head of income, say, Income from house property and profits under another heads of income, say, profits and gains of business or profession. There are provisions in the Income-tax Act, 1961 for allowing inter-head adjustment in certain cases. However, there are also restrictions in certain cases

The final figures of income or loss under each head of income, after allowing the deductions, allowances and other adjustments, are then aggregated, after giving effect to the provisions for clubbing of income and set-off and carry forward of losses, to arrive at the gross total income.