ESI registration is one of the most reliable schemes run by Government of India that covers all risks of the employees working in the organised sector. ESI Registration or Employee State Insurance managed by the Employee State Insurance Corporation Any entity, as specified under ESI Act, employing 20 (in some states it is 10 employees) or more persons, who have a maximum salary of Rs. 21,0000/- ESI contribution is required for employees earning less than Rs.21, 000/- per month.ESI) is a multi-dimensional social security scheme, to provide Socio-Economic protection employees earning Rs. 21,000/- or less per month as wages, against the events of Sickness

Administration Of ESI Scheme This administrated by the according to rules and regulations stipulated therein under the ESI Act 1948, which oversees the provision of medical and cash benefits to the employees and their family through its large network of branch offices, dispensaries and hospitals throughout India. ESI is an autonomous corporation under Ministry of Labour and Employment, Government of India. But most of the dispensaries and hospitals are run by concerned state governments. 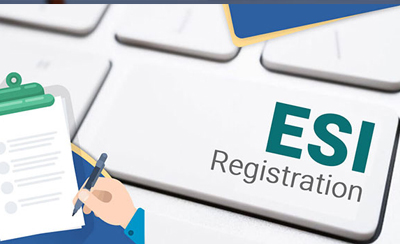